Welcome! Please enjoy Paul Powell's sermons, and be sure to check back as we will continue to add more content. 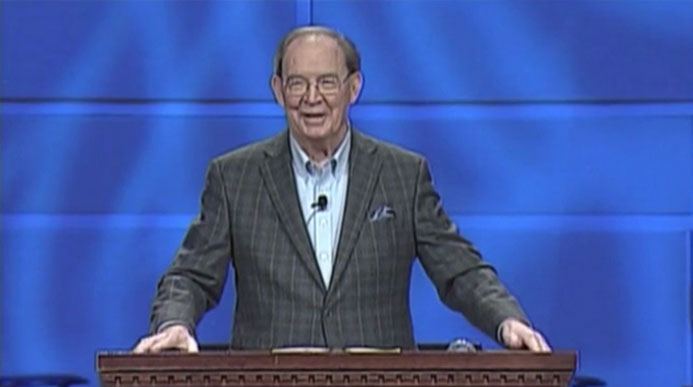 Peace is not the natural state of humanity. War is as old as civilization. This is a characteristic peculiar to human beings. Murder within the species on an individual or collective level is a phenomenon known only to us. The reason for this is the fact that people are sinners. The human heart is filled with greed, hate, jealousy, and self-interest.

Have you ever seen a graph plotting the moral progress of humanity? No. The reason is that there is none. Humanity has progressed intellectually and scientifically but not morally. As long as a person is as he is, there can be no hope for permanent peace.

War is a monstrous evil, but it is inevitable as long as humanity remains as it is. The hope for peace does not lie in goodwill or in right reason. It lies in a transformed human nature. Jesus Christ alone can change people in this way. “If a man be in Christ he is a new creation,” the Bible says. Let people give their highest loyalty and deepest allegiance to Jesus Christ, and the world will be a bit nearer to peace.

Want to search all devotionals?

Want to receive the weekday devotional in your inbox?